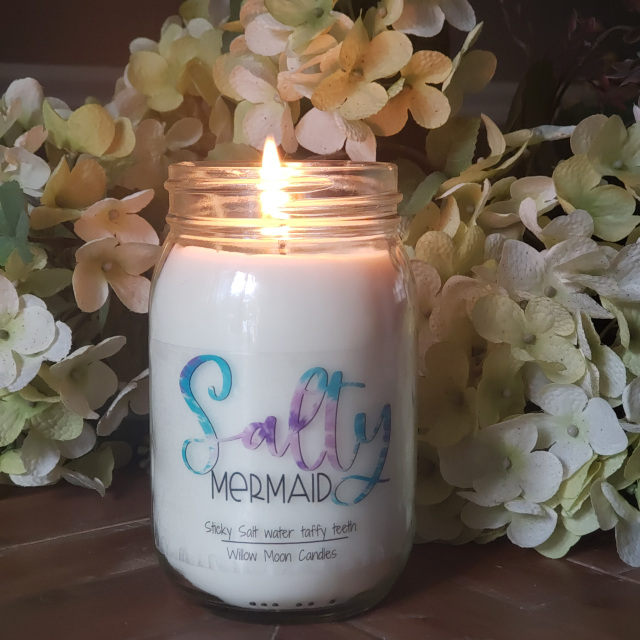 No matter which flavors you prefer, there's a salt water taffy that brings back childhood memories of summers well spent on the beach. Strawberry, banana, creamy vanilla , cherry, and sugar. It's a scent that is so melt in your mouth tasty but without the calories!

Fun fact- Salt water taffy was born along the boardwalks of Atlantic City, New Jersey, in the late 19th century. It quickly became a popular souvenir with visitors and eventually spread to many other coastal towns. The story goes that Bradley's candy store became flooded during a major storm in 1883. His entire stock of taffy became soaked with seawater from the Atlantic Ocean, so he began to call it “salt water taffy" as a joke.